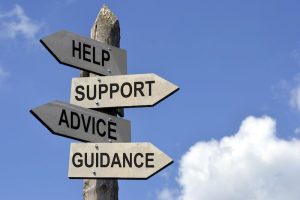 Can I sue?  What is Workers’ Compensation?  What are my legal options if I was hurt at work?

Modified Transcript of “What are my legal options if I was hurt at work?” for the Hearing Impaired

Hello. My name is Kevin Jones. I am the workers comp specialist with the law firm Dodge Jones Injury Law Firm in eastern North Carolina, and I am here to talk about some frequently asked questions that I get as part of my practice representing injured workers in North Carolina. 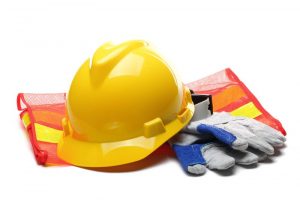 One of the questions that comes up a lot is, “Can I sue my employer for their negligence?”

It can be an unsafe condition in the workplace. It can be something that they were asked to do that put them in a situation where there was a chance that they could get hurt. It could be any number of things where the employer was at least arguably at fault, or negligent in their conduct or their failure to act, failure to fix something that might be broken tha

t would cause an injury.

What does that mean?

It means, not only can you not sue the employer for negligence, by the way your exclusive remedy is workers comp benefits which is why the law that was put in place was put there in order to cover more people, but to exclude other kinds of remedies such as pain and suffering that you would recover in a negligence claim.

If you’re partially at fault or if it’s all your fault, as long as it wasn’t intentional, you’re still covered as well.

Now, talking about employer conduct and how that caused or created your injury at work. If they’re negligent,

I know it’s upsetting to a lot of people because what I hear is, “But if they had done this or if they had not done that I never would have gotten hurt. It’s their fault that I’m in this situation and it’s not fair.”

I get that. It is not fair. It is the law. It is what we have to deal with. Their negligence does not matter. If they act willfully and wantonly, basically the next step up above negligence, they are still protected by the Workers Comp Act and cannot be sued for that conduct.

It has to be what is termed tantamount to an intentional tort.

They had to pretty much intend to injure you in order to be able to sue in state or federal court outside the Workers Comp Act for causing your injury.

That’s a very, very tough burden. There are very, very few cases that ever get to see the inside of a courtroom for a trial when someone is hurt under circumstances where it’s the employer’s fault because of how tough that law is. There are some remedies that you can get under the Workers Comp Act, penalties for their wrongful conduct. 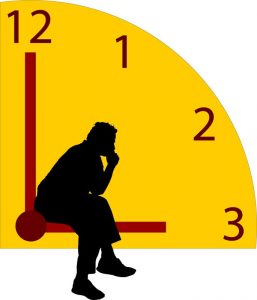 They are nowhere near as complete as what a negligence claim would allow as far as recovery. There are some things that can be done based on their conduct. If you’re in a situation where it was the employer’s fault and you want to talk about what else can be done besides the benefits that you’re receiving, I’m happy to talk with you about that.

The flip side of that is the next question, which is, “My employer is telling me that I can’t file a workers comp claim because it was my fault that I got hurt.”

I hear that from time to time. People are given the mistaken impression that because they messed up that they cannot recover workers comp benefits.

I most often see it in car accidents on the job, vehicle accidents, truck accidents. Somebody’s driving a company vehicle or they’re driving a personal vehicle but they’re doing work for their employer and they’re at fault in an accident. They run a stop sign, they run a stop light, they fail to yield and rear end somebody.

Whatever it might be, and they were given the ticket and clearly it was their fault.
There are other situations that happen in the workplace where somebody makes a mistake putting together a scaffolding on a construction site and it collapses, and it’s that person’s own fault that they fell and got hurt. They get told, “No, it was your fault. You can’t recover.” That’s not true. You absolutely can.

They’re not being straightforward with you if they tell you that. Your fault does not matter. If it was negligence, you still recover workers comp benefits.

If you’re in that situation, give us a call. I’m happy to talk with you about what we can do to help you with your claim.