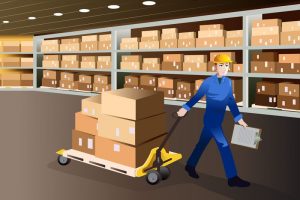 What happens to my wages if I am hurt at work? 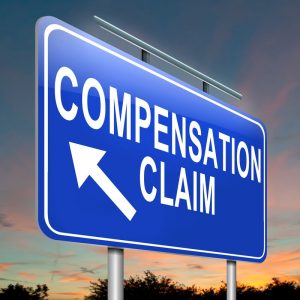 I’m going to talk to you now about the disability benefit that you’re supposed to be receiving when you’re out of work due to a work related injury.

How is that calculated?

What are you supposed to be paid while you’re out of work? One of the first things we do when we meet with someone about a Workers Comp claim is to figure out whether or not, if they’re receiving benefits, how much it’s supposed to be.

If they’re not, how much would it be if we’re successful in pursuing the claim?

There are a lot of different ways that it can be calculated. If somebody’s worked there for more than a year, it’s typically a lot easier, but even then there can be issues that need to be resolved.

Sometimes employers will not include overtime or bonuses or commissions where they’re supposed to do that when they’re calculating the average wages that the person earned over the course of the year before they got hurt.

Calculating lost wages for a NC Comp Claim can be complicated.  Our goal is to get every penny you’re entitled to under the law – Kevin Jones

Other times, they’ll even … Sometimes it’s a mistake and sometimes it may not be, where they’ll use net pay instead of the gross wage. In other words, it’s supposed to be calculated based on your earnings before they take taxes out, the higher number.

Not the net, the amount that you actually get in a paycheck. It’s supposed to be the top number, the gross pay, the average weekly wage before taxes are taken out. You’re supposed to receive basically two thirds of that, which wo 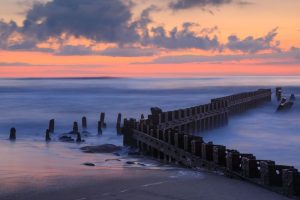 uld include in the last year before you got hurt, the average including regular wages, overtime wages, commissions, bonuses, anything that’s taxable as income.

Sometimes that’s simple, and sometimes it can be more complicated. Then, we get to cases where people have not worked for a whole year before they got hurt. How is it calculated then? Sometimes it’s a very short period of times.

Then, there are multiple ways that it can be calculated. Some of which are more advantageous to the employer and the insurance company to pay less based on how they want to calculate it, versus what’s fair.

READ FOR MORE INFORMATION: Is It Legal for Them to Fire Me?

There are multiple ways that it can be calculated when somebody’s worked less than a year. You can average the actual number of weeks. Sometimes that’s fair to the employee and sometimes it’s not.

You have somebody who was hired in what would be considered an off season, for example. Somebody gets hired in not a busy time for a particular employer and they get hurt three months in when it’s the slowest and they may not even be getting 40 hours a week.

Whereas, the majority of the year, had they not been injured, they would have gotten 40 or more, lots of overtime. So, you’re going to want to look at other employees who had worked there at least a year and see what they were making.

Other times, it has to do with a fundamental change in the nature of your job. You get hurt. You’ve had a training period for several weeks, and then now you’ve finally gotten to the point where you’re trained and you’re starting to do the actual job that you’ve been trained to do and you got a pay raise for that.

Or you’ve gone from working as a worker to a management position and you’ve had a substantial change in the nature of your job within a few weeks of getting hurt, is it fair to use those lower wages before you got this new job? Sometimes it’s not.

You can have someone who was a part-time worker, who was working 20-30 hours a week and then they finally go that full-time position with benefits and then a few weeks after that, they get hurt. Is it fair to use those part-time wages as part of the average and bringing it down?

I would say that it should not be calculated that way, but often times that’s what happens. When you are injured and it’s anything other than a set amount of pay, a salary or you’ve worked pretty consistently for a whole year before you got hurt, there can often be a dispute as to what the actual benefit can be.

Depending on how serious the injury is, that can make a huge difference long term in your recovery in a Workers Comp claim based on the calculation of that weekly check.

If you feel like that maybe you’re receiving Workers Comp benefits and they are not being calculated correctly, they’re not taking into account something that they should, whether it be overtime or bonuses or commissions, or they’re trying to use net pay or they’re trying to use what they call a similar employee’s wages if you just started, it’s not really a similar employee.

I’m happy to sit down and talk with you about your case, figure out what it is that you should be getting paid, and help you if we can to receive the benefits that you’re entitled to.