The stated purpose of the NC Workers’ Compensation Act is “fair and just” compensation for the Injured Employee. 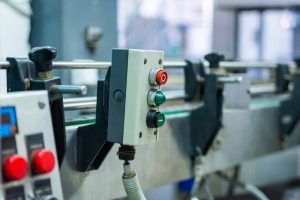 Indeed, the North Carolina Supreme Court has consistently ruled that the primary consideration is proper compensation for employees injured as a result of on-the-job accidents.

Because of that, the courts consistently take into consideration that Work Comp benefits should not be denied due to an overly narrow interpretation of the NC Workers’ Compensation Act, or strict application of the law against the employee, or hyper-technical issues.

The NC Work Comp Laws are the sole and exclusive remedy to an employee injured on the job, in the workplace, and/or in the scope of employment.

The workers’ compensation laws also protect the employer from potential liability associated with negligence or an unsafe work environment.

In disputes where the employer and the injured employee have stipulated to records, when considered consistent with the standard of review, findings of the Industrial Commission are generally upheld.

As such, in many if not most cases, the review by an appellate court of the Industrial Commission findings can be relatively simple.

That may involve a determination of whether the evidence elicited during the hearing supports the findings made by the Commission.

If the issues have not been properly preserved or saved for the Court’s review, or in instances where either the employee or defendant employer asks only the court to reconsider the evidence, a Motion Dismiss may be appropriate.

How Much is My Case Worth?

The Court may also, in appropriate legal circumstances, dismiss an interlocutory appeal.

Within the last few years, there have been several different cases involving worker compensation claims that were dismissed by the appellate court as interlocutory.

The appellate courts look carefully at the Commission’s Opinion and Award or “O & A,) seeking to determine whether an appeal is final or interlocutory.

While certain Comp Claims in North Carolina may continue under what is referred to by plaintiffs lawyers as an “open award” for weeks, if not years at times, an Opinion and Award, that by itself involves further proceedings or which does not formally end the stage of litigation, may be deemed interlocutory.

In such instances, the appellate court may dismiss the matter sua sponte or on its own motion.

There are also instances when the Court of Appeals has reviewed the nuances of interlocutory appeals in certain Workplace Injury cases when an appealed Opinion and Award may affect a substantial right.

Either way, it is the responsibility of the appealing party, whether that be the defendant employer or plaintiff employee, to specifically challenge the relevant portions of the Opinion and Award that she or he believes is incorrect or otherwise erroneous.

Findings of fact made by the Industrial Commission are deemed binding on appeal if they are unchallenged.

The Court, in reviewing the merits of an appeal, ordinarily first identifies what findings of fact, if any, have been properly challenged.

The appellant must specifically challenge particular findings.  Failure to properly do so may result in a dismissal of the appeal.

If none of the findings of fact made by the Commission have been challenged, all such findings are binding upon the court.

Light Most Favorable to the Injured Employee

The appellate courts review the evidence to determine whether any of it, taken in a light most favorable to the injured employee, supports the finding consistent with the Workers’ Compensation Act.

Evidence in workers’ compensation hearings and appeals may include a transcript of the hearing, associated exhibits, stipulations by the parties, medical records, depositions of experts, and other important documents associated with depositions and exhibits.

When an appeal is filed to the North Carolina Court of Appeals, the transcript, documents, depositions, and exhibits are filed according to the rules of appellate procedure (Rule 18).

If you have a question about an on the job injury or feel that you haven’t been treated fairly by your employer after an accident, our law firm may be able to help.

Our legal consultations are free of charge for personal injury matters.

Everything you tell us is confidential, even if you choose not to retain our firm for legal services.