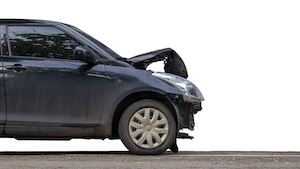 Sometimes people end up in legal situations due to circumstances either entirely or largely out of their own control. This is often the case with areas of tort law like negligence and car accidents.

If you are the victim of an “accident,” there may be a negligent act that caused the wreck and your injuries. It can be a complicated area of law and it therefore makes sense to talk to Kevin Jones if you’ve been involved in an accident in New Bern or Morehead City or Jacksonville NC or Greenville.

We help people with accident claims. Part of that involves explaining the accident laws in NC, your legal rights, and possible defenses that may be used against you by the insurance company.

Is Negligence Really an Accident?

Most people don’t wake up in the morning and think to themselves, “Time to go commit a crime or get sued.”

That doesn’t mean that legal situations don’t have a habit of sneaking up on people. That’s especially true in cases that involve car accidents and trucking wrecks where “negligence” does not necessarily mean someone is actively trying to hurt someone else.

Negligence may be the failure to do something like pay attention, keep a proper distance, or maintain the vehicle. At the same time, negligence may involve crimes such as drunk driving and wrongful death claims related to impaired driving and DWI charges.

In the law, as one might expect, when in court a defendant may (although not required to prove anything) argue their defense. Defending against a lawsuit for negligence and even gross negligence may involve asserting “defenses” in Answering a Complain for Negligence.

These defenses can take many different forms. A powerful category in both a criminal and civil context is the use of the affirmative defense.

Does the Defendant Have to Prove Anything?

As mentioned earlier, a defendant (whether criminal or civil) doesn’t usually have the burden of proving anything. After all, it’s the job of a prosecutor or plaintiff to make their own case because they are the ones bringing the action to the court in the first place.

Making an Accident Claim for Negligence

In the context of a lawsuit or insurance claim, a Defendant may be called to provide a response or explanation of sorts. They may be required to file an Answer (responsive pleadings) to a lawsuit or suffer the consequences which may include a default judgment and award of compensatory damages.

In the event a prosecutor or plaintiff (in a negligence case) are not able to meet their respective burdens of proof (the standard necessary to win their case) a defendant is more or less left untouched - except, of course, by the burden of being brought into court and, perhaps, jail time or other external consequences of a legal action.

It's important to understand, in car accident cases in North Carolina and other types of negligence claims in civil court, the standard or burden of proof is “more likely than not.” Plaintiff’s lawyers in Beaufort NC, New Bern, and throughout NC may refer to that as the “greater weight of the evidence” or “preponderance of evidence” standard.

That’s different from the burden of proof the State must make in a related drunk driving charge that results in an accident. That “burden” is what lawyers all “Proof Beyond a Reasonable Doubt.”

As such, the standard of proof for accident cases in North Carolina answers the question, “More likely than not, was the Defendant negligent?”

Defenses to Accident Cases in NC

Sometimes a defendant will want to actively participate in making a case for themselves and their defense will take the form of an “affirmative defense.”

An affirmative defense means the defendant is choosing to take on a burden of proof to show to a judge or jury that their actions are either justified or that the prosecutor/plaintiff is unable to prove their case.

An affirmative defense is a special type of defense where the defendant now has a burden of proof whereas with other forms of defense that is not the case.

The two are very different.

What is Contributory Negligence in North Carolina? 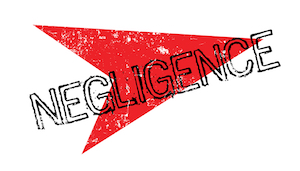 In a civil law context specific to NC, an affirmative defense can be contributory negligence.

If someone is being sued because they were involved in a car accident, trucking accident, or “slip and fall,” the person being sued can argue that the other person was also negligent and that their negligence contributed to the accident - thereby removing their ability to recover money damages for any injuries to person or property.

In that scenario, the plaintiff first has to prove their case. Then, the defendant, if using contributory negligence as a defense, must then prove that the plaintiff was negligent and that it helped cause the accident.

That’s what lawyers may refer to as “proximate cause.”

It is the same (except dealing with car accidents not physical injuries) as the self defense scenario - now the defendant does have to prove something to avoid legal consequences.

Given that affirmative defenses require a defendant to prove something, they are not always used. They are also not always appropriate.

If Person A didn’t hit Person B, they wouldn’t argue that they were hitting them in self-defense. In other words, affirmative defenses are usually used in situations where someone did do what they are accused of BUT they have a valid, legal excuse.

So, this means to use an affirmative defense a defendant must admit to doing what they’re accused of.

If you believe you’ve been injured due to the negligence of someone else and you’re located in southeast / coastal NC, we may be able to help.

Don’t try to go it alone with an insurance adjustor or insurance company.

The accident laws in North Carolina can be complicated and difficult to understand.

We provide free legal consultations and can explain how things work.