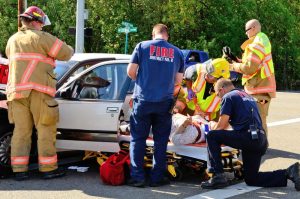 After my accident, how do I obtain compensation?

When you’ve got a NC personal injury case, most of the time, you’re not going to end up in court.  The majority of cases are resolved short of the courthouse – Kevin Jones, Personal Injury Attorney Greenville NC

Actually, a majority of the cases are settled prior to the filing of the lawsuit.  That’s the preferred way to solve the case for both sides.  Experienced accident injury lawyers in North Carolina may refer to that as a settlement.  Under the NC accident laws, lawsuits are not always required.

What Are Legal Fees For Accident Cases?

What is the “maximum level of recovery” in NC accident cases? 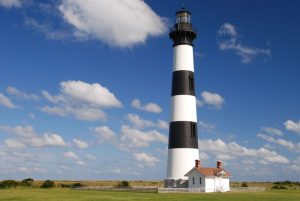 In other words, when you’re all through with the doctor, and you’re as good as you’re going to get, we have all the information that we need to present to the insurance company, we can begin settlement negotiations to resolve your claim, and most of the time, that will take care of it.

In those situations where it doesn’t, then a lawsuit gets filed and there are going to be a lot more work involved at that point, as far as discovery, depositions, gathering evidence, most of the time, the case will go to a mediated settlement conference before court, after your depositions have taken place.

There will be an opportunity at that mediation, after that lawsuit’s filed, to settle the case there, and a good percentage of those do settle.

Denial of Claims in NC accident cases:  What happens if the insurance company refuses to settle your claim for money damages?

If it doesn’t settle there, and it’s headed to the courthouse, then the odds become much higher that the cases is going to be tried and you’re going to be in court.

There’s still going to be some opportunities to try to resolve the case, just short of court, at the courthouse.

But most of the time, if it doesn’t resolve at mediation, it’s going to go to trial.

Again, a small percentage of cases, when I’m looking at a case in the beginning and people are asking me what they think, “Okay. What are the chances this case is going to go to court?” 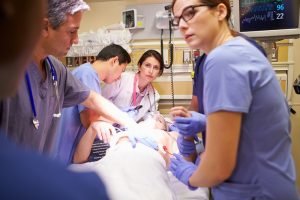 It really depends on the circumstances of the case.  You may have questions like:

There’s certain things, there’s certain facts about a case that are going to increase the chances that it goes to court.  Who is at fault is key in NC accident cases.

In other words, let’s say we have a stoplight case, and there is a real dispute over who had the green light.  That case has a much higher chance of going to court than a stop sign case, which obviously is not going to be an issue over who had the stop sign and who didn’t.

Another circumstance that increases the chances that it’s going to go to court is a pre-existing condition. That is going to be something that the insurance company and their lawyers are going to want to point the finger at this previous accident and say, “This isn’t on us, this was already here.”

So, it just … Because it’s a more difficult case to prove, it increases the chances that you’re going to head to trial.

There’s some other specific things in cases that can increase the chances, one of them would be if you’ve got multiple parties.

In other words, let’s say you got a chain rear-end collision, and you’ve got multiple vehicles being struck, and there’s a lot of finger pointing.

MORE INFO: What Happens If the Other Person Is Not Insured?

Between two defendants as to which one was at fault, and you don’t really have a dog in that fight, because you were at the front of the line, but because they’re fighting over who was at fault, you might end up in court because they can’t resolve between themselves where the fault lies.

If you need legal representation for a motorcycle accident or are looking for a law office in Greenville, NC, Morehead City, New Bern, Beaufort, or Jacksonville, North Carolina, we’re here to help.  Our accident attorneys in Eastern North Carolina have experience handling claims for money damages.