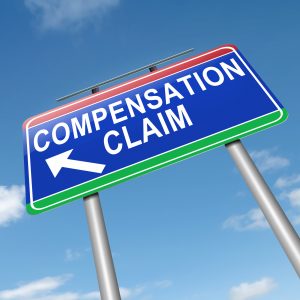 You’d like to think you won’t need workers comp in NC. But when life (and work) throw you unexpected surprises, you don’t want to be stuck paying medical bills you can’t afford. It happens more often than you think–there were over 2 million work-related injuries in the US in 2016.

1. What is Workers Comp in North Carolina?

The North Carolina Workers Compensation Act aims to provide compensation to employees in the event of an injury that prevents you from working.

Your employer should have what’s called workers compensation coverage in the form of insurance or be authorized as a “self insured” employer.

This is a trade-off between employers and employees.

Unless the injury was caused by the intentional misconduct of your employer, you cannot sue them for the injury under traditional negligence claims often associated with car accident or trucking accident cases in North Carolina.

Your employer, in turn, cannot deny a workers’ compensation claim by showing that the injury was caused by your negligence.

Injuries are compensable under the North Carolina Workers Compensation Act if they were the result of:

It’s worth noticing, however, that an accident under the Act is defined as something which does not occur as the result of events which occur at regular intervals as part of your job.

An accident under the law is defined as something which happens and an injured employee is not intended or expected. In other words, something outside of the normal work routine, like a slip and fall or a machine malfunction, which resulted in injury.

3. What is Covered Under NC Workers Comp?

If you’re not sure, ask yourself this.

First: was your injury caused by an accident? If so, you’re off to a good start.

Second: what is the nature of your injury?

The answer to the second question changes whether your injury can be covered by workers comp–not all injuries are eligible, even if they were caused by accidents.

With that in mind, remember that not everything is covered under workers comp in NC.

Back injuries, for example, are a bit of a tricky beast. They are covered on a narrow basis if they were the direct result of your employment and an accident that took place at work.

Carpal tunnel syndrome is another one that is sometimes covered under limited circumstances. You have to prove to your insurance that the nature of your work put you at increased risk for carpal tunnel.

But carpal tunnel syndrome is one of those tricky exceptions because it tiptoes the line between what is called “routine events” and an accident.

5. Routine Events and On the Job Injuries

Injury by accident is covered under workers comp in NC. Routine events, on the other hand, are not. 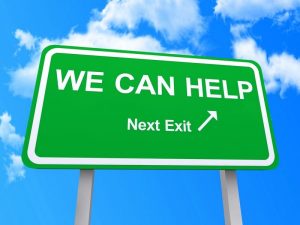 Let’s say you sprained an ankle as a result of work. But the sprain was caused because you do a lot of heavy lifting at work and twisted your ankle while performing a task you do every day.

That falls under the category of routine events, especially if you’re performing a task you regularly perform in the same way you’ve always performed it. If it’s something that’s not out of place at work, there’s a slim chance that you’ll be covered by workers comp.

Another workplace injury that strays into tricky territory is occupational diseases. For example, if you’re a coal miner and you have lung cancer.

On this front, North Carolina offers a bit of guidance. There is a list of occupational diseases that are compensable under the Act.

Either way, if you have an occupational disease, you have to be able to prove without exception that it was caused by your employment or a particular trade rather than some other facet of your life.

Let’s go back to our lung cancer example. It would be much more difficult to prove that it was an occupational illness if the patient in question was also a smoker.

Regardless of what is and isn’t covered under workers comp, all employers with three or more employees are required to have workers comp under North Carolina law.

As an employee, you would obtain workers comp through your employer, which is why they’re required to have it. You should ask about workers comp before you begin work–if your employer doesn’t have the insurance and you do get injured, there’s little chance that you’ll receive coverage after the fact.

8. What to Do If Your Employer Doesn’t Have Workers’ Compensation Insurance in North Carolina

If your employer doesn’t have insurance, you need to get proactive for your own health.

Legally, your employer is required to have workers comp, so you should ask them about it before you begin work. If they don’t offer workers comp, you need to ask about self-insurance, which is an alternative option to workers comp that does more or less the same thing and can legally be used in place of workers comp.

If your employer has neither, then you can report them to the North Carolina Industrial Commission, which will investigate your claim.

9. You’ll Likely Be Out Longer Than You Think

One last note about workers comp in NC: if you have to use it, there’s a fair chance that you’ll be out of work longer than you think.

Think of it this way. Let’s say you work on your feet and you break your leg. How long before you can go back to work? A month? Several?

All of that time is time that you’re not getting paid, and unless you have some serious savings squirreled away, chances are you can’t afford to be out of work for that long. Especially if you have dependents, insurance, a mortgage, and the like.

When that happens, you need workers comp.

If you’ve been injured, chances are you’re flooded with medical bills and doctor recommendations and your head is spinning. When push comes to shove, you need someone who knows their way around workers comp.

For somewhere to start, check out our essential tips for hiring a workers comp attorney.

But if you need a professional, make use of our free initial consultation and get in touch about your workers comp rights.