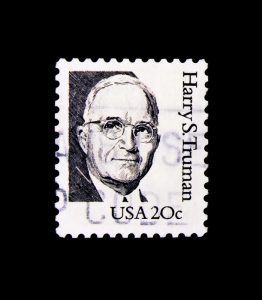 Recovery from a bad wreck can involve more than just ER visits, X-rays, doctors, and rehab.  If you’ve been suffering through the process, wondering about your lost wages and bills, often the LAST thing you want to think about is litigation.  Are lawsuits required?

In fact, likely more-often-than-not, bringing a claim for damages against the person who caused the wreck ends prior to the actual filing of formal legal “pleadings.”

Personal injury lawyers do more than file lawsuits and litigate in court.

While that is an aspect of the job, the amount of time in a courtroom arguing cases may, relatively speaking, pale in comparison to preparing and providing documentation, submitting a demand package, and negotiating.

Lawyers who help people with accident cases understand the importance of preparing and making a case to the insurance company, and their adjusters and/or defense lawyers, prior to filing a lawsuits – Kevin Jones

Harry S. Truman, the 33rd President of the United States, was famous (in part) for saying, “Speak softly and carry a big stick.”

One would remiss in failing to note President Truman was the first and only President to use nuclear bombs as an act of war.

Plaintiff’s Lawyers must be willing to file suit and argue to a jury when the insurance company refuses to settle a legitimate accident case.

Settlement negotiations are at best difficult if a lawyer is unwilling to litigate.  There are times when disputes cannot be worked out by presenting a legal position or legal theory of a case.

There are also times when the question “Who caused the Accident?” must be answered by the finder of fact.  In North Carolina, that is ordinarily considered the responsibility of the jury of peers.  Rulings of Law are decided by the Judge in any proceeding, not a jury.

North Carolina is also a state that still recognizes the antiquated defense of contributory negligence. As such, “causality” or who or what caused the accident may be in dispute between the parties.

In part, that’s because a finding or legal conclusion of contributory negligence may result in the inability to recover any amount.  Put simply, if you are partially responsible for the wreck and/or your own injuries/damages, the defense may be able to argue against recovery.

North Carolina also recognizes the concept of last clear chance, which may operate to further cloud the issue of responsibility for a personal injury claim.

As such, even in instances where everyone involved is proceeding in good faith, there are times when certain legal and factual issues cannot be resolved without going to court.

Therefore, answering the question, “Are lawsuits required?” it might be best to answer, “maybe” or “sometimes.”

The point is, given the potential complexity of such matters, it makes sense to speak with an experienced personal injury lawyer.

What are legal fees for a car accident case?

The good news is, it doesn’t cost anything to call our law office and consult with an attorney.  You won’t receive a bill for our time.  We don’t charge hourly rates.

Personal Injury Lawyers in North Carolina ordinarily earn legal fees on a contingency.  If we are able to recover a settlement or verdict after trial, our law firm earns fees based on a percentage of that recovery.

If we aren’t able to recover damages, there are no legal fees.