Discovery is an essential part of accident cases and you motor vehicle collision negligence case. There are generally four different areas of inquiry from the attorney for the insurance company and your car accident deposition NC.

Then they’re going to get into whether or not you’ve had any prior insurance claims whether it’d be a workers’ comp claim or a personal injury claim, slip and fall, automobile accident.

They’re going to also, as part of your past, get into your medical history regardless of whether or not you have had an accident.

They want to know if you’ve had any non-accidental injuries involving the same body part or body parts that were injured in the wreck that you’re there to talk about that day. Your NC personal injury attorney will help guide you through discovery, including preparing you for depositions.

What are Legal Fees for Accident Cases? 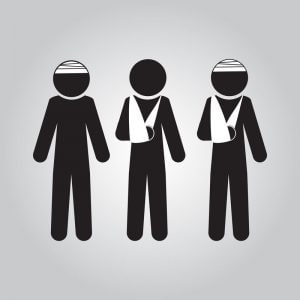 To some degree, it’s a fishing expedition. It is invasive. People don’t like having to do it but, with a very few exceptions, you are going to have to talk about those topics.

It doesn’t mean that everything that you say in a deposition is going to be used in court. A lot of it won’t be admissible in court. But in a discovery deposition, which is what we’re talking about, it’s a lot broader what they can ask.

They can ask about anything that might reasonably lead them to relevant admissible evidence for court. There’s going to be a lot of digging about your past.

The key there is to be honest, to stick to the subject and to make sure that if you’re not sure about a response that you don’t guess an answer and be wrong. Another area that of course is going to be talked about often not first, often later, it depends on the attorney, is the accident itself and how it happened.

There is going to be a lot of detail involving the circumstances if there is any issue at all about whether or not they think that you’ve done something negligent to contribute to the car wreck and so they’re going to be getting very specific about distances, times, what you saw, what you heard as we’re dealing with the accident itself.

The next area that they’re going to ask about is symptoms and then treatment.

The timeline becomes important there and being accurate and how you answer questions about when you first noticed symptoms, who you told, where you went for treatment. That’s the third area that they’re going to question you about.

Then the other area that they’re going to ask you about has to do with long-term for the future, in other words, how are you doing right now? What’s your long-term prognosis? Are you back at work?

Do you have ongoing wage loss? Those kinds of things. They’re going to get into where you are now. Are you a 100%? If you’re not, why not? What ongoing problems are you having?

Those are, in general, the four areas that they’re going to ask about.In some situations, there’s going to be some other areas. It depends on the client.

What is Light Duty at Work? 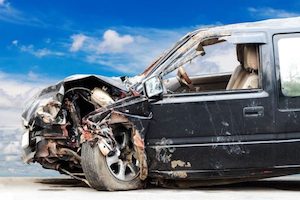 Sometimes there will be a lot of discussion about a prior criminal history. They may ask a lot of questions about that if someone has that.Most of the time that’s not an issue and it’s a one question, one answer and they move on.

They’re not all the same. There are circumstances where other topics will be discussed in more detail. But, in general, that’s what you’re going to be talking about in a deposition. It’s certainly not something that you want to do without legal counsel.

I’m Kevin Jones. If you have any questions about a car accident, a motorcycle accident, boating accident, a dog bite case, slip and fall, give me a call. I’m happy to sit down and talk with you about your case and see what we can do to help.