Rules of Road for Emergency Vehicles 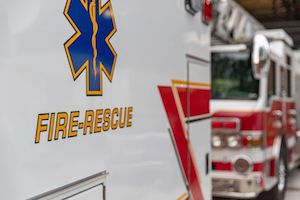 The North Carolina General Assembly, in adopting Article 1 “Division of Motor Vehicles” (NC DMV) of Chapter 20, sets forth the rules of the road.

While all drivers are required to exercise reasonable care in the operation of our cars (vehicles), there are times when emergency situations arise.

What might ordinarily result in a speeding ticket, lane violation, or even a citation for reckless driving may not apply in certain circumstances to an emergency response vehicle.

If during their official duties and in response to an emergency, first responders and emergency personnel may be allowed special privileges to get to the scene of the accident (or emergency) as quickly as possible.

Emergency vehicle drivers, which may include police cars, ambulances, fire trucks, etc., may be allowed to run red lights, speed, and use the emergency lane.

For the rest of us licensed by NC DMV, that could end up in a pricey ticket and court appearances.

“Reckless driving” that may include allegations of traveling at high rates of speed, driving in turn lanes, driving on the median, and using the emergency lane, might ordinarily subject a driver to civil liability and possibly punitive damages.

Having said that, while certain dispensations (exemption from a usual requirement or rule) may be allowed emergency personnel, there are limits.

“In responding to an accident or emergency, rescue personnel aren’t supposed to cause more accidents and/or emergencies.”

What are the NC DMV Rules for Emergency Vehicles?

For instance, emergency vehicles may be able to speed, traveling above the posted speed limit. They may also be able to ignore certain rules of the road.

But, in so doing, they must be careful.

Emergency vehicles owe the general motoring public the duty of exercising due caution. They must be careful in responding to emergencies and in pursuit of fleeing motorists and those breaking the criminal or laws.

Police and emergency personnel must use reasonable care to avoid placing other motorists (and pedestrians) in harm’s way.

Are Emergency Vehicles Allowed to Speed?

N.C.G.S. § 20-145 - When speed limit not applicable sets forth some protections from the NC speeding laws, including things like:

The NC “Move Over” Law

Motorists who observe active sirens and/or flashing lights, horns, strobe lights (emergency equipment) are directed to both slow down and pull over (move over) in a safe location and manner.

Modern vehicles now have effective sound-dampening / padding inside the cabin.

Sometimes motorists frankly cannot hear sirens until the emergency vehicle is directly behind them.

It also may be difficult to hear sirens when approaching first responders from the rear.

That’s why it’s import to move over when you see flashing lights are seen approaching from behind and if they are in front of you.

That’s true for both blue lights and red lights, as different types of emergency vehicles use different light bar colors.

The NC Move Over Law requiring the motoring public to pull over for emergency vehicles when they are, “. . .giving warning signal by appropriate light and by audible bell, siren or exhaust whistle.”

Whenever you hear a blaring siren or see flashing lights, you should immediately respond.

That may include slowing down, turning on your emergency blinkers, and carefully pulling over to the side of the road as quickly and safely as possible.

The Move Over Law uses the words “immediately drive” in describing how vehicles should pull over.

N.C.G.S. 29-157(f) establishes what drivers are required to do when police officers, fire, and medic are “parked or standing within 12 feet of a roadway.”

Motorists in those instances are to pull into a different lane of travel, not nearest to the public servant whether standing or seated inside the vehicle.

If that is not possible, given the then existing traffic conditions and/or for safety reasons, vehicles are to slow down (reduce speed) until “completely past the authorized emergency vehicle.”

Upon the approach of any law enforcement, fire department, and rescue vehicles

Failing to heed a blue light or siren is dangerous. It is also illegal and can result in criminal prosecution.

If an emergency responder suffers serious injury or is killed due to a violation of N.C.G.S. 20-157 (the Move Over Law), an indictment and prosecution as a Class I Felony is also authorized.

As such, maintaining the same speed thinking, “They’ve got room to get by me” is not a good idea.

If an emergency vehicle approaching from behind has their emergency equipment activated, you are required under the NC Traffic Laws to pull over.

You must proceed in a safe fashion, making certain not to strike other vehicles or drive recklessly in order to pull over.

Generally speaking, speeding up or exceeding the posted speed limit, even if in an effort to get out of the way, is not appropriate or consistent with the NC Move Over Law.

In the event you see flashing lights or hear sirens in front of you, as you approach, once again you are required to pull over in a safe, lawful fashion.

Emergency vehicles may need to turn around, pull sideways, and occasionally need all the road space available to appropriately respond to an accident or other emergency.

Do not assume emergency vehicles are pulling away or not stopping immediately.

There are exceptions to the laws governing the Move Over Law (pull over law) that apply to divided, four-lane highways with a median when emergency vehicles are traveling in the opposite direction of travel.

In certain circumstances, police officers and rescue personnel are allowed to speed. It’s not even considered “breaking the law.” 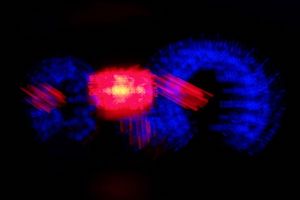 In emergency situations, the NC speeding laws may not apply to police vehicles, fire trucks, ambulances, and other emergency/ rescue personnel actively engaged in a pursuit or pursuant to their official duties in responding to an emergency or accident scene.

As such, speeding above the posted speed limit is not deemed per se negligent and as such, emergency vehicles may not be legally liable (responsible) for accident claims.

Emergency vehicles are allowed to drive, in a safe fashion, over the posted speed limit. All other vehicles traveling on the roadway are also required to obey the North Carolina “Move Over Law,” yielding to emergency vehicles.

There are legal actions authorized under the NC Accident Laws regarding emergency vehicles.

Having said that, North Carolina is also one of the last Contributory Negligence states in the nation.

If you have been injured in an accident that involves emergency vehicles, we recommend you call the Dodge Jones Personal Injury Law Firm.

Our accident lawyers in North Carolina can help explain your legal rights, and duties, helping to determine whether a valid claim for damages exists.

We charge nothing for legal consultations and everything you tell our legal staff is strictly confidential.

You may also email Kevin Jones directly at: Kevin@DodgeJones.com