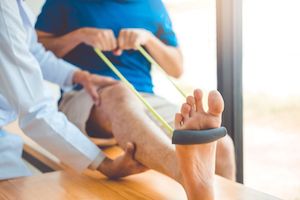 Law, like life, can be complicated. It’s not a perfect world.

There are times when it seems bad things just keep happening over-and-over again. Accidents happen. Sometimes more than one accident can adversely affect the same person, re-injuring them.

There are several big questions to answer:

Frankly, there isn’t a “one size fits all” answer. A lot depends on the nature and circumstances of the injury. Comp lawyers will want to look very carefully at both the timing and mechanism of the injuries.

Will I lose my job?

Medical doctors may refer to things like “aggravating an injury,” “exacerbation,” and “accelerating injuries” in describing a pre-existing condition.

Presumptions Under the Law

In the event an Employee is able to meet their Burden of Proof showing an on-the-job injury is covered under the Work Comp Act and is otherwise “compensable,” there is a presumption in favor of the Employee.

Under the law, after proving compensability, a presumption exists that treatment by a doctor, physical therapy, and “medical care” is related to, on a direct basis, the compensable injury.

As such, the burden thereafter shifts to the Defendant Employer to prove otherwise. The Employer would be required to “disprove the presumption.” That, while not impossible, can be a difficult thing to do.

How to File a Workers’ Compensation Claim 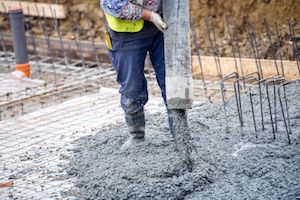 The company then bears the responsibility to present evidence, proving the first injury has no relationship to the Employee’s subsequent injuries or losses.

If that were not the case, the injured worker would be required to time-and-again prove causation. That runs contrary to public policy and the purposes of the Act.

Going over legal and factual issues that the Industrial Commission has already ruled on is considered to be “unjust.”

Reproving causation also violates another general precept under the NC Workmens Compensation laws, where interpreting the Act is intended to be in favor of the employee who has been hurt at work.

Appealing a Ruling of the Industrial Commission

Another presumption associated with workplace injury law is that the NC Court of Appeals will not “overturn” the rulings of the Industrial Commission.

If there is “any competent evidence” supporting the ruling of the Deputy Commissioner and/or the Industrial Commission, as the case may be, generally speaking the Findings of Fact are binding.

The duties of the appellate courts do not involve second-guessing the Commission’s findings, especially as they may pertain to credibility of witnesses and evidence adduced during the trial (which is technically a hearing in Comp matters).

The appellate court will not “reweigh” the evidence, even if the Court would have come to a different conclusion after hearing the same evidence presented. If there is competent evidence from which the Commission made its decision, that decision will the stand.

It normally will not be reversed or overruled.

As such, a tremendous amount of discretion is left with the Industrial Commission in making its rulings for and against employees and employers.

But for errors in the law, the NC Court of Appeals will not overturn a ruling.

What does “Disability” Mean?

A disability is a loss in capacity.

That means you can’t do things you used to do at work or in your everyday life. An incapacity that is caused by a workplace injury may result in the ability to earn a wage ( N.C.G.S. 97-2).

If there is to be a finding of a compensable disability, there are several legal issues that must be proven:

The injured employee therefore bears the burden to show the extent of the injury and existence of the disability.

If you have questions about your NC Comp Claim, including to determine whether your have a compensable injury, give us a ring. We’re here to help.

We never represent the employer or insurance companies.

Legal consultations are free of charge. Everything you tell us is kept strictly confidential. That’s true even if you decide not to proceed forward with a claim or go in another direction.

You may reach Kevin Jones by email at: Kevin@DodgeJones.com