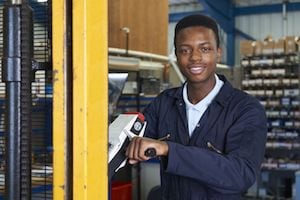 The Workers’ Compensation Act of North Carolina is said to have “dual purposes.” According the NC Supreme Court, the workplace injury laws are there to:

As part of that, the worker who is hurt in a workplace injury normally does not need to prove fault. Negligence, in large measure, is a non-issue.

Recovery for medical bills and lost wages is allowed as a matter of course, assuming the employee is covered under the Act and the injury is associated with employment and/or acting within the scope of employment.

As part of that, coverage for lost wages due to being out of work may be limited to some extent.

The amount of compensation is 2/3rds of the normal weekly wage. There are limits to coverage, especially for Employees who are high dollar wage earners.

The Workmans Compensation Laws are also intended to be what lawyers refer to as the “exclusive remedy.” Compensation for on the job injuries are normally limited to things like:

The Employer, even in instances of general negligence, is often shielded from additional forms of liability, including punitive damages and claims for pain and suffering.

As such, traditional defenses associated with such negligence causes of action, such as “Contrib” or Contributory Negligence are normally not available to the employer.

The Employee is generally covered under the Work Comp laws, even if they caused their own injuries or accident.

But, there are important exceptions to the general rule. One such exception involves instances of intoxication.

If you’ve been drinking (or legally impaired) and get hurt at work, there’s a chance you may be flat out of luck. The Workmans Compensation Laws may allow your employer to avoid paying your lost wages and medical bills.

Intoxication in the Workplace – Exception to the No Fault Rule

Pursuant to N.C.G.S. § 97-12, an employee who under the influence of a controlled substance or who is intoxicated may be banned from recovering. That is deemed a “complete bar” to recovery.

Our courts have found intoxication that causes a workplace injury to be an “integral part” of the NC Workmens Compensation Laws. The General Assembly purposes relieves the employer of legal liability when the injury at work is proximately caused by impairment.

If the injury is caused by something else other than intoxication, coverage may still be available to the employee, even if he or she was technically intoxicated or impaired at the time of the injury. It frankly can get a bit complicated if not confusing at times.

“A lot depends on the fact-pattern and the causation of the injury.”

The Employer has the Burden of Proof to show the workplace accident was caused by intoxication by the injured employee. Intoxication by other employees (not the person making the claim) is not a legal defense.

The company/employer must show the Employee was under the influence of an impairing substance (a controlled substance) or intoxicated, which normally refers to alcohol impairment.

Such intoxication borrows some of the same legal language used in DWI charges in North Carolina. “Under the influence” means the employee had lost control of his or her mental or physical faculties to such extent that they were “appreciably impaired.”

The defense of “impairment” is therefore an affirmative defense, placing the Burden of Proof on the company/employer. Proof is ordinarily shown through blood testing or some other “medical test” that show intoxication or being subject to an impairing substance.

Rebuttable Presumption of Intoxication or Impairment

If testing is completed and a “medical test” or blood sample is consistent with intoxication, the Burden of Proof may shift.

That means, assuming intoxication is shown after proper testing, there may be a rebuttable presumption against the impaired Employee.

A BAC or Blood Alcohol Content of 0.08 or higher would therefore likely be enough to cause the presumption of impairment.

That’s the same legal standard that is used in “drunk driving” cases in North Carolina under the N.C. DWI laws.

It’s a bit less clear-cut when intoxication or impairment is related to impairing substances other than alcohol.

What some Employees fail to understand is that some lawfully prescribed medications can cause impairment. That’s especially true for pain killers.

Controlled substances, as described under the Work Comp Act, include both legal and illegal drugs, medications, and substances that can “appreciably” affect your mental or physical abilities.

Workplace Testing – Blood Testing After an on the Job Injury 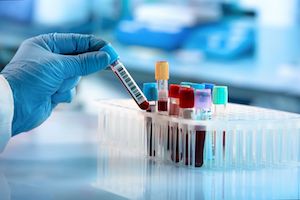 Testing for impairment therefore can become a critical issue in obtaining a fair settlement in a Comp Claim.

Blood tests and “other medical tests” must be conducted by methods that are acceptable, generally, by the scientific community.

While it may be legal under the drunk driving laws to conduct blood, breath, or urine tests for controlled substances, that is not necessarily true for workplace injury cases.

For example, urine tests are normally thought to reflect “historical” use of a controlled substance. It may not serve as proof of intoxication or impairment at the time of the injury.

Similarly, test results at a hospital, if used solely for medical purposes and not to a reliable level of forensic reliability, have been found insufficient in triggering the rebuttable presumption of impairment.

The Employer is additionally burdened with the responsibility to prove Proximate Cause.

The NC Court of Appeals has previously found, “. . .[M]ere intoxication is insufficient to deny benefits.” The workplace injury must also be caused by that impairment or intoxication.

That means even if the rebuttable presumption of intoxication is triggered by medical or other scientifically reliable tests, the Employer must still prove to the satisfaction of the Finder of Fact that the injury itself was caused by intoxication.

If you have questions about a workplace injury and aren’t certain what to do, give Kevin Jones a call. He’s here to help.

The legal consultation is entirely free. It’s also completely confidential. Everything you share with us in consultation regarding you injury and what happened at work is protected under the Attorney-Client privilege.

That’s true even if you decide not to proceed forward with making a claim or otherwise choose not to retain the Dodge Jones Injury Law Firm as legal counsel.

You may email Kevin Jones directly at: Kevin@DodgeJones.com