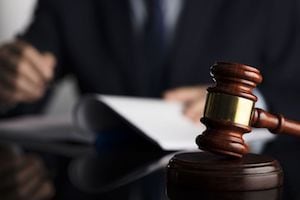 Litigation associated with workplace injuries and worker compensation claims is different than other, traditional “tort” claims.

Instead of filing a lawsuit, matters in dispute are presented first to a “Commissioner” of the North Carolina Industrial Commission.

In the event either the injured employee or the employer disagrees with the decision of the individual commissioner, appeals may be made to a panel of the Industrial Commission.

“Appeals are limited to legitimate issues about what took place, causing the personal injury, or disagreements about the Work Comp laws.”

Assuming either a factual or legal dispute exists regarding the particular application of the NC workmans compensation laws, further appeals are taken first to the North Carolina Court of Appeals and then the NC Supreme Court.

The last appellate court is the Supreme Court.

Generally speaking, its decision is final; yet, even after an appellate court ruling, there may be later legal proceedings to put the Court’s opinion in effect.

A substantial number of appellate decisions require “remanding” a case back for “further findings” at the trial court (Commissioner or Commission) level.

The purposes of such a remand normally involve a clarification of Findings of Fact and/or the application of the Work Comp Act to the particular fact pattern that resulted in a workplace injury.

While somewhat unusual, further appeals may result even after a remand back for further findings.

Decisions of the NC Industrial Commission

Appellate review of rulings by the Industrial Commission include consideration of “whether any competent evidence” supports the Findings of Fact made by the Commission.

The Court thereafter considers whether the Conclusions of Law are supported by the Findings of Fact. N.C.G.S. § 97-86

Under the NC Workmens Compensation laws, the Commission operates like a jury would in traditional litigation involving a personal injury claim. It is the “finder of fact.”

As such, the Commission is the “sole judge” of the credibility of witnesses and testimony. And like a jury, the Commission decides what weight, if any, to give the testimony relative to the fact-pattern presented in evidence. See Brewer v. Powers Trucking Company, 256 N.C. 175 (1962).

Appellate Courts generally will not step in and make a ruling on the facts, even if the members of the appellate panel might personally come to a different conclusion about what took place.

On the other hand, if the Commission makes a decision contrary to the North Carolina Workers’ Compensation Laws, an appellate Court may step in to correct a “misapprehension of the law.”

Awards predicated on a misapprehension of law must be set aside. When and if that happens, the ruling of the Commission is required to be “remanded” for a new, updated determination that uses the correct legal standard. See Ballenger v. ITT Grinnell Indus. Piping, Inc., 320 N.C. 155 (1987).

Again, the Supreme Court leaves decisions regarding the factual basis of how an employee was hurt at work to the Industrial Commission and its Findings of Fact.

Appellate courts review the “record,” the proceedings of the Industrial Commission, for findings of causation of workplace injuries.

“Causation” involves the mechanism of the injury. Put simply, it is a legal determination of “what caused an accident or injury” applying the legal standards in North Carolina.

Our law firm helps people who have been injured in workplace injuries, car wrecks, and with other personal injury claims.

We never charge for legal consultations. We will travel to you, your home, the hospital, or wherever it is convenient to you.

“The Work Comp laws in North Carolina can be a bit complicated if not confusing at times. We are here to help guide you through the process.”

Sometimes clients call us at the beginning stages of making a claim, prior to filing even a formal notice to the employer.

Other times our law firm is engaged as legal counsel after the injured employee has attempted to handle things on their own, only to be frustrated by insurance adjustors, insurance companies, or just the complexity of the work comp laws.

In fact, he is a Board Certified Specialist in NC Workers Compensation.

Everything you tell our legal staff is highly confidential and subject to attorney-client privilege.

Even if you decide not to proceed forward with making a formal claim for a workplace injury or retain legal counsel, attorney-client privilege is honored.

You may also reach Kevin Jones directly by email: Kevin@DodgeJones.com 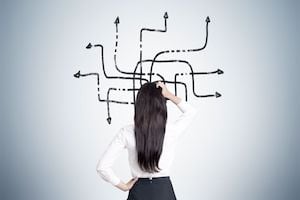 A workplace injury or “personal injury” is any injury/accident that arises out of employment.

It may also be the result of the “course of employment,” but does not include diseases, except for those that have arisen “naturally” and “unavoidability” from the workplace accident.

With regard to injuries of the back, those are normally associated with a “specific traumatic incident.”

An accident by injury (back injury) includes physical injuries of the back that are both disabling and that are proximately caused by a workplace incident.

Proximate cause may also occasionally be referred to as “causation” by Work Comp lawyers.