Home
Practice Areas
Workers' Compensation
In the Course of Employment

In the Course of Employment 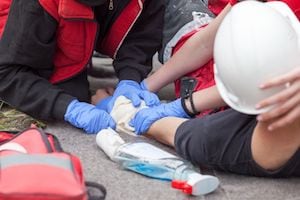 "Coverage” under the NC Workers’ Compensation Act (the “Act”) is intended to be inclusive, if not expansive.

If you were hurt in the course or scope of Employment, chances are you’re supposed to be covered.

Employers and their insurance companies regularly challenge what may readily seem to be obvious, common-sense claims.

If you start reading the Act, it doesn’t take long to realize how complicated, if not completely confusing, things can get.

What Does “Course of Employment” Mean?

Under the Act, employees who are hurt in on the job accidents are deemed to be covered if the injuries “arise out of” and are “in the course of employment.”

An accident is something different or an interruption of normal work routines.

That interruption is said to cause “unusual conditions” that have a likelihood of “unexpected consequences.”

Frankly, that’s a pretty complicated way of saying something was an accident. Even something so simple and so obvious can be disputed by your Employer.

Who has the Burden of Proof?

It’s pretty standard for the person who is hurt in an accident to have the Burden of Proof.

That’s as true for car accidents (trucking accidents, motorcycle wrecks, etc.) as it is for workplace injury claims.

The injured party is called the “Plaintiff” in issues involving litigation, whether or not that takes place in court or pursuant to an Administrative Law legal dispute.

Should I give a Recorded Statement?

The person or company responsible (legally liable) is referred to as the “Defendant.”

As such, the Plaintiff (the injured worker) has the duty to prove:

There must be an unusual, unexpected, or unforeseen event, other than the injury to the body of the Employee, to establish legal proof of accident.

Put simply, proving you’re injured and not faking getting hurt is only half the battle. Proof of the injury itself is not enough.

It must also be shown the injury took place as part of employment during the ordinary scope and course of employment. 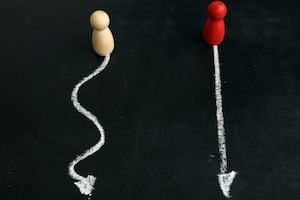 If you’re working in a normal matter, doing what you’re supposed to be doing, and sustain an injury, that is NOT considered an “accident” under the NC Workmans Compensation Laws.

That can have tragic long-term consequences to an injured worker.

Why it Helps to Have a Lawyer for Comp Claims

There is a fair amount of parsing of language and being hyper-technical when it comes to denying Comp Claims.

Frankly, insurance companies are looking for any and every reason to deny a Claim. Being ticky-tacky pays, at least for the employer and their carrier.

The profit from your losses.

They are in it for themselves, not you. Insurance Adjustors are not on your side. They don’t care about your best interests.

The insurance company and their representatives are there to protect the client, the Employer, not you.

What You Need to Know About Comp Claims

Sometimes even well-meaning, honest Employees don’t get it quite right when providing notice of a workplace injury.

There may not be enough time to fully explain what’s going on. That’s especially true if you’re bleeding all over the place or holding on to a severed limb.

It also makes sense that people are in pain, rushing to the hospital, and not quite certain what to do. The common factor with many if not most workplace injuries is pain, which can be excruciating.

People aren’t always thinking quite right when in pain, suffering. That’s understandable. And yet, if I can save the Employer money, they’ll jump on the opportunity to deny the claim.

Failure to properly describe the injury and how it took place can have terrible consequences.

“The first thing as lawyers that we tell potential clients to do is this: Focus on getting to the hospital. Worry about filing the paperwork later. Then call us to help.”

That may come as quite a surprise to you. The Comp Act is intended to be inclusive, to preclude litigation in court for the benefit of both parties.

Making a claim is not supposed to be complicated.

There are some basic rules to follow in making a Worker Compensation claim. The company or their insurance carrier is supposed to pay lost wages and medical bills.

It’s supposed to be simple. Too often it’s not. The little guy can get crushed by the system and powerful, monied interests.

It’s important to understand this: The Employer and their Insurance Adjustor is not out to help you.

If they can come up with a basis for denying your claim, they will. To them “it’s nothing personal.” In reality it’s about one thing. It’s about money.

That’s one reason why it makes sense to have a lawyer on your side, advocating for your legal interests and holding the Employer accountable for legitimate legal claims.

If insurance companies always acted reasonably and fairly, we wouldn’t have jobs. We’d have nothing to do as accident lawyers.

You could make a claim, get fairly compensation, and go on with your life. All too often that just doesn’t happen in workplace injury claims.

If you don’t think you’re being treated right or even if you just have some simple questions about your claim, give us a ring at the Dodge Jones Injury Law Firm.

We don’t charge a legal fee to talk, to ask questions, and see if you have a case.

We work on what’s called a Contingency Fee basis, which means we only earn legal fees if we’re successful in achieving a settlement or ruling on your behalf.

Everything you tell us is strictly confidential. That’s true even if you choose not to retain legal representation. We won’t even disclose the fact that you talked a lawyer at our law firm.