Some History on the Workers’ Compensation Laws 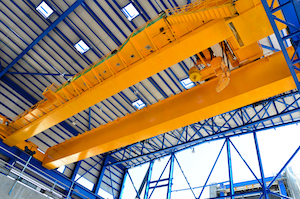 The North Carolina General Assembly has amended the North Carolina Workers Compensation Act over the years. In 2011 it specifically addressed claims filed on or after the 24th day of June 2011.

Workers compensation claims can have the potential to remain open for the lifetime of the injured worker.

Some older versions and applications of the law, specifically those involving matters priors to the 2011 changes, may also apply to pending claims.

Standard of Review for Comp Claims

Awards on claims made by the North Carolina industrial Commission are set forth in N.C.G.S. §97-84.

Review of such awards and decisions, as described in N.C.G.S. §97-85, are deemed conclusive and binding when pertaining to questions of fact.

What is “Fair and Just” Compensation?

That means the factual basis of the claims, what took place at the workplace or in the course of employment that resulted in an on the job injury (or death), may not be subject to appeal.

Either party in a dispute, including the employer and the injured employee, if made within 30 days from the date of award or decision, may appeal the decision of the industrial Commission to the North Carolina Court of Appeals.

Such appeals are to involve errors of law under the North Carolina workmen compensation laws, also known by Comp Lawyers as “the Act.”

Appeals to the Court of Appeals and Supreme Court are set forth and subject to the rules of appellate procedure in North Carolina.

N.C.G.S. §97-86, as amended in 2011, makes it clear that the Court of Appeals in its review is limited to whether any competent evidence may support the findings of fact and whether such findings of fact support the Industrial Commission's conclusions of law in making its decision(s).

How Much is My Claim Worth? 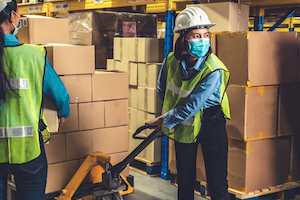 Opinions and awards by the industrial Commission, commonly referred to by plaintiff lawyers as the “O & A,” may consist of findings of fact, stipulations by the parties, conclusions of law, and an award or denial of a claim.

The appellate court in reviewing a Work Comp claim does not have the ability to reconsider the evidence or weigh the evidence, deciding issues on the basis of the weight of evidence in favor or against the injured party.

The Court of Appeals may not overrule a decision based on incorrect findings of fact, even if it believes after reviewing the evidence it would have come to a different conclusion.

If there is any evidence that, taken in the light most favorable to the injured employee, the plaintiff, that supports the findings of fact, those findings of fact will stand (not be overturned by the Court) even if there are instances where substantial evidence exists to the contrary.

The plaintiff, the party injured in a workplace accident, is entitled to every inference in her or his favor, whether or not she or he ultimately prevailed in the claim with the Commission.

The Industrial Commission, specifically the full Commission, is the sole judge of the credibility and weight of evidence to be given.

The Commission need not explain its findings of fact or distinguish which evidence it finds credible or witnesses it believes.

The North Carolina Court of Appeals has further indicated that the Industrial Commission, in making its determination, is not required to make exhaustive findings as to the credibility of evidence.

Our courts in North Carolina have found that process would place an unreasonable burden on the industrial Commission.

As such, the Commission need only find those facts that are necessary to support its conclusions of law and therefore would be justified its ruling.

As such, the NC work comp laws and specifically the Act, must be liberally construed in favor of an employee injured during the course of employment.

Benefits are not to be denied by narrow, technical, or a strict construction of the law.

Because the workers compensation laws in North Carolina are the sole remedy for someone injured on the job, and because the Workers Compensation Act protects the employer against claims of negligence, such as the standard review.

The Comp laws in North Carolina can be a bit complicated, if not confusing at times.

"If you have a legal question or would like more information about whether you have a valid claim, give us a ring."

Legal consultations for personal injury cases, including Comp Claims, are free of charge at the Dodge Jones Injury Law Firm.