Findings of the Full Commission 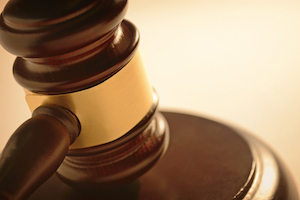 The North Carolina Court of Appeals must uphold findings of fact made by the full Commission if there is any evidence that supports the findings.

That's true even if there is substantial evidence that could support a finding to the contrary.

In the event the findings of fact that have been challenged consistent with the appeal are supported by any evidence, the Court thereafter makes a determination as to whether the findings of the Full Commission support the conclusions of law.

In the event the findings have been properly challenged and there exists no evidence to support such findings, the Court of Appeals would ordinarily reverse the decision and vacate the ruling, remanding the issue for further proceedings at the Commission level.

Full Commission is not required to do so consistent with N.C.G.S. Section 97-85.

Do the Findings Support the Conclusions?

If the findings of the Full Commission that have been challenged as part of the appeal are supported by competent evidence, the Court thereafter makes it a determination of whether those findings support the resulting conclusions of law.

Practice tip: Findings of Fact may be indeed be Conclusions of Law. Those are deemed “improperly designated findings” by the Court.

Improperly designated findings fact are considered and reviewed as legal conclusions, irrespective of the label or designation used in the pleadings.

Appeals may involve conclusions made by the Full Commission that are inconsistent with the applicable case law and legal authority under the NC Workers’ Compensation Act.

The industrial condition is not required to make findings on all evidence.

Instead, the Commission is charged with the responsibility of making findings pertaining to crucial issues raised by the evidence presented at the hearing relative to the injured employees right to compensation.

The appellate court decides only whether the conclusions are supported by the findings and are otherwise consistent with applicable statutes and laws under Work Comp Act.

If the conclusions are supported by any findings, the appellate court will ordinarily affirm the O&A (the Opinion and Award of the Industrial Commission).

If the findings are not consistent with applicable law, the Court may reverse the decision and remand the matter for an appropriate conclusion based on the existing findings of fact by the Full Commission.

Court’s Review of Findings by the Full Commission

In order to summarize the factual history of the matter, the Court will review the Full Commission Opinion and Award, the issues identified in any pretrial agreement, and stipulations.

In a factual summary made by the Court in its ruling, there is a focus on the unchallenged findings of fact of the Full Commission, as well as on the stipulations between the parties.

The remaining evidence ordinarily is not considered “relevant” to the appeal. 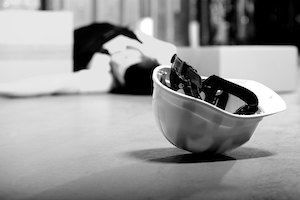 Again, it does not matter if there is a substantial amount of evidence that is contrary to the findings of fact. The Court will not reverse an Opinion and Award, even if it believes the Commission came to an incorrect conclusion based on the weight of the evidence.

The Court does not consider how strong contrary evidence may be, as long as there is any evidence that supports the findings of fact.

The Court is not charged with the responsibility of reweighing the evidence or “correcting” decisions, even if it would have ruled differently upon review of the evidence.

Furthermore, any findings made by the deputy commissioner are ineffectual in the event the Full Commission has reviewed the matter and makes its own findings.

A dissent from one of the commissioners of the Full Commission has no legal effect on the nature of the findings of fact by the majority, is not binding, and is not relevant to the appellate review.

The Work Comp laws in North Carolina can be intricate and often require careful attention to detail.